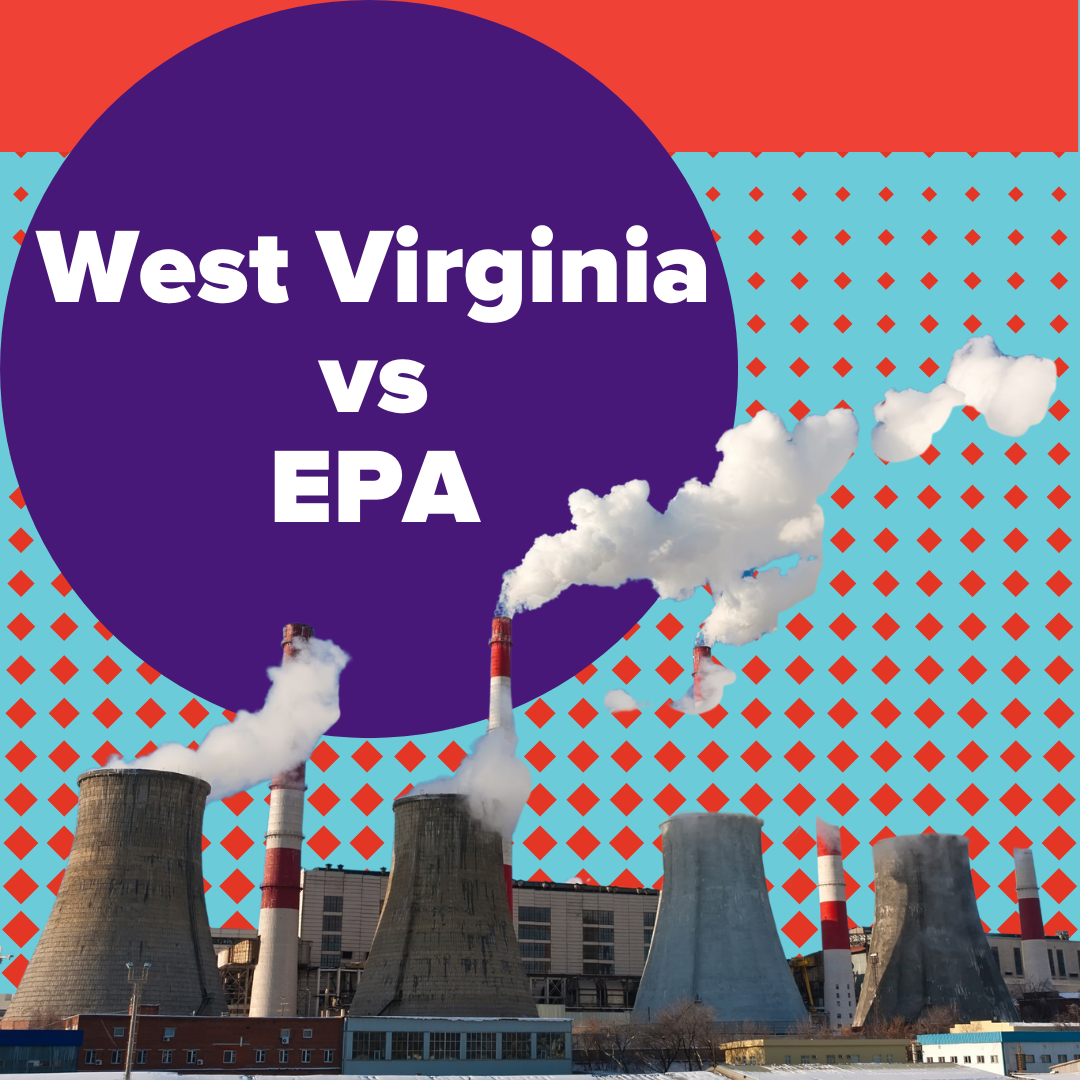 On June 30, 2022, the Supreme Court’s ruling in West Virginia v. EPA limited the EPA’s authority to initiate a large-scale shift away from burning coal (NPR). The Supreme Court decided that Congress must provide the EPA with clear directions before the agency can regulate greenhouse gas emissions (Ballotpedia).

This ruling limits the powers of the EPA granted by the 1970 Clean Air Act to create influential regulations. As a result, the EPA cannot set limits on carbon emissions to move power plants toward renewable energy sources like solar and wind power (NPR).

Importance of the Clean Air Act

The EPA reported that total U.S. greenhouse gas emissions in 2020 made up nearly 6,000 million metric tons of carbon dioxide equivalent (a unit of measurement that compares different types of greenhouse gasses to carbon dioxide). That’s over 13,000 billion pounds!

Around 25% of greenhouse gas emissions comes from producing electricity, and 60% of electricity comes from fossil fuels. Even worse, generating power influences the impact of the transportation sector, which causes 27% of emissions (EPA). Making the power generation industry cleaner will reduce emissions in other sectors, from transportation to commercial & residential (NPR).

In 2021, President Biden announced the goal to—by 2030—reduce greenhouse gas emissions to half of the amount it was in 2005. In order to reach this goal, we need to decrease the electricity sector’s emissions by at least 80% (EDF). This recent ruling challenges our ability to reach this goal in time, negatively influencing future efforts to mitigate climate change. The Supreme Court will rule in Sackett v. EPA later this year to determine what waters the 1972 Clean Water Act gives the authority to protect (Ballotpedia).

If the Supreme Court rules against the EPA, roughly 90% of regulated waters would be no longer protected (Washington Post). The ruling could dramatically impact government regulation of water pollution (NPR).

The West Virginia v. EPA ruling—despite being disappointing—should not dishearten us. One positive is that not all of the EPA’s authority has been removed: The EPA may still regulate power plants’ carbon emissions, but not through a required shift to renewable energy (Washington Post).

EPA’s administrator, Michael Regan, expressed that progress may still be achieved through regulations on other pollutants (NPR). Therefore, we need to prevent future climate efforts from being struck down and fight harder for a large-scale transition to clean energy.