A week of climate catastrophes: what to know 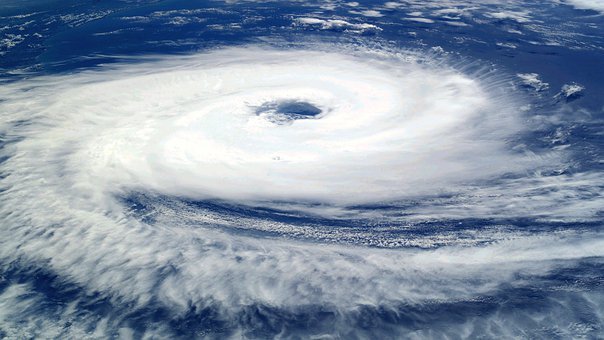 In the span of one week, major climate disasters have hit Puerto Rico, Alaska, The Dominican Republic, Turks and Caicos Islands, Bermuda, Japan, Canada, and Cuba, dropping over 50 inches of rain in total and leaving millions without power and resources.

Meanwhile, flooding in Pakistan continues as Hurricane Ian makes landfall as one of the strongest storms to ever hit Florida.

Here’s what to know about deadly storms in the last week:

Puerto Rico’s entire electrical grid was knocked out in the storm. The grid is managed by Luma Electric, a private utility company that has continuously failed to upgrade infrastructure despite its dangerous instability. Puerto Rico is still recovering from Hurricane Maria, which hit almost exactly 5 years before Fiona.

Power still hasn’t been restored for more than half of Puerto Rico. Gas stations, grocery stores, apartment buildings and homes remain without power and unable to access diesel fuel for generators.

Hurricane Fiona made landfall near Boca De Yuma with 100mph sustained winds, according to the National Hurricane Center.

800 residents were evacuated as major flooding, mudslides, and landslides and rising rivers threatened eastern provinces. CEPM, the local power company of the Dominican Republic, stated that 60% of customers are affected. It could take days to restore water and electricity for communities in the most impacted areas, leaving 1 million without running water.

Hurricane Fiona strengthened after making landfall in Puerto Rico and The Dominican Republic, causing the storm to strengthen to a category 3 with 125 mph sustained winds by the time it hit Turks and Caicos.

Hurricane Fiona slammed Bermuda with 103 mph winds and heavy rains as the storm passed by the island over the weekend.

The Bermuda Electric Light Co, the island’s sole power provider, said about 29,000 customers, or more than 80 percent of its customer base, lost power from the storm.

Nova Scotia was hit hardest by the hurricane. The storm dropped over 7.5 inches of rain and knocked out power for over 1/3 of residents.

As news of Hurricane Fiona broke to the world, Super Typhoon Nanmadol struck Japan. “Super Typhoon” is a tropical storm equivalent to a category 4 or 5 hurricane.

Nanmadol brought sustained wind speeds of over 140 mph and over 16 inches of “record-breaking” rain. The storm caused mudslides and knocked out power for hundreds of thousands of people. The storm was the fourth-largest storm to ever make landfall in Japan. Over 9 million people were under evacuation orders and over 115 were injured.

Widespread power outages and mass flooding are creating barriers for rescue and aid operations. At this time, the extent of the damage is still unclear.

Meanwhile, unprecedented floods continue to cause devastation across Pakistan.

More than 1,500 people have been killed in the floods, and over 33,000 are impacted. Pakistan is one of many nations in the Global South facing the devastating effects of climate change, but has contributed minimally to the problem.

“For 40 days and 40 nights, a biblical flood poured down on us, smashing centuries of weather records, challenging everything we knew about disaster and how to manage it,” – Pakistan’s Prime Minister Shehbaz Sharif.

On Tuesday morning, Hurricane Ian hit Cuba with 125 mph winds and storm surges reaching up to 14 feet. Over 50,000 people were evacuated as flash flooding and mudslides broke out across western Cuba.

Ian strengthened to a category 4 hurricane as the storm moved over unusually warm Gulf of Mexico waters toward Florida. An estimated 2.5 million Floridians are under evacuation orders and at least 1 million are without power across the state.

So far, Ian’s impact has been catastrophic: waters in Naples and Fort Myers are at the highest level ever recorded, and structural damage has already been reported in Cape Coral as thousands of Floridians hunker down in shelters across the state. Storm tracking updates can be found here.

If you or a loved one are coping with anxiety or depression following a major storm, please consider texting or calling The Disaster Distress Helpline, 1-800-985-5990, a national hotline dedicated to providing immediate crisis counseling for people who are experiencing emotional distress related to any natural disaster.

How you can support impacted communities: