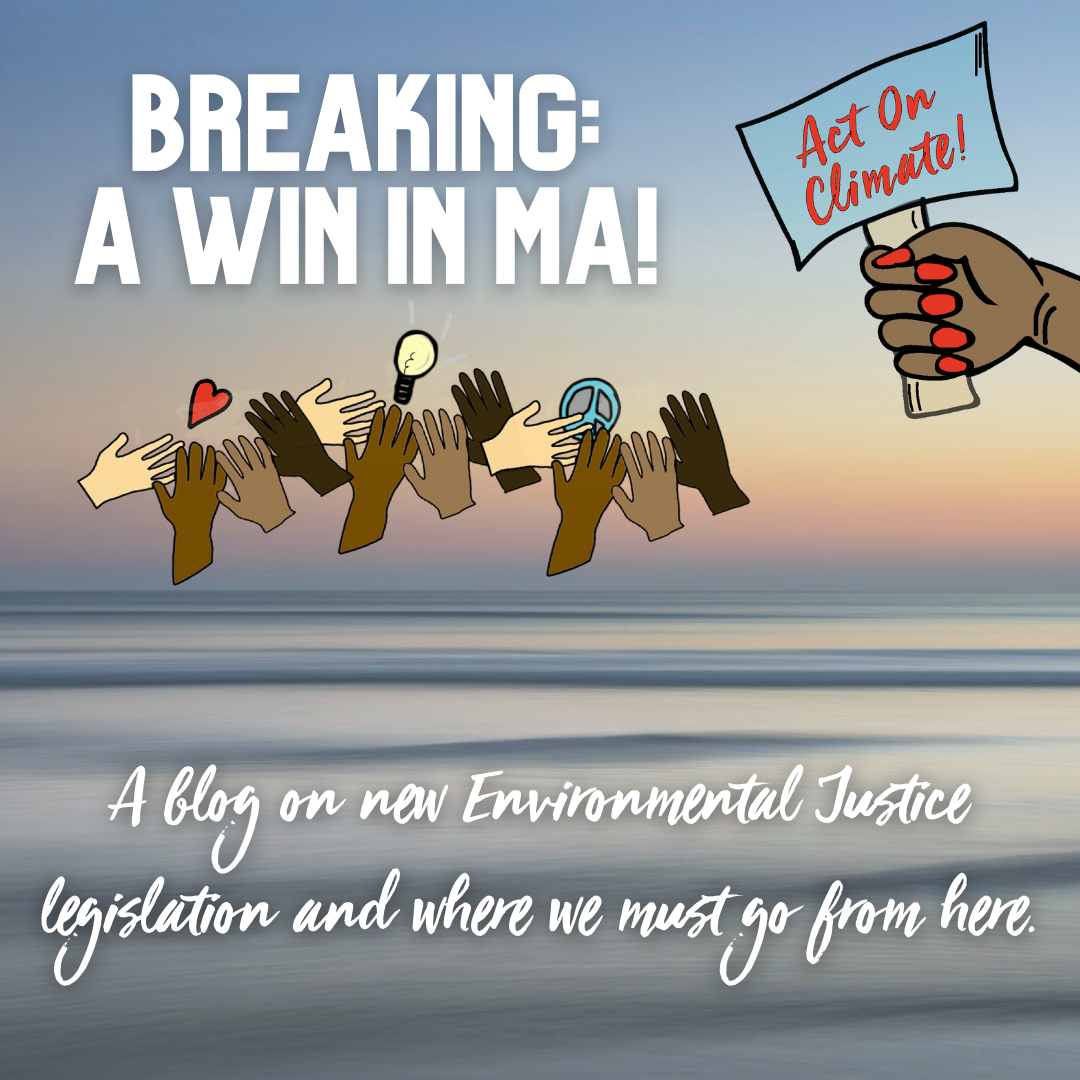 There is nothing quite like seeing a critical piece of legislation make it through the Massachusetts’s most conservative State House chamber. At 9:28PM last Friday, the House of Representatives passed what is known as the “2050 Roadmap climate bill” with two critical amendments that we have lobbied for since November of 2019 and that are deeply aligned with Our Climate’s updated policy principles. 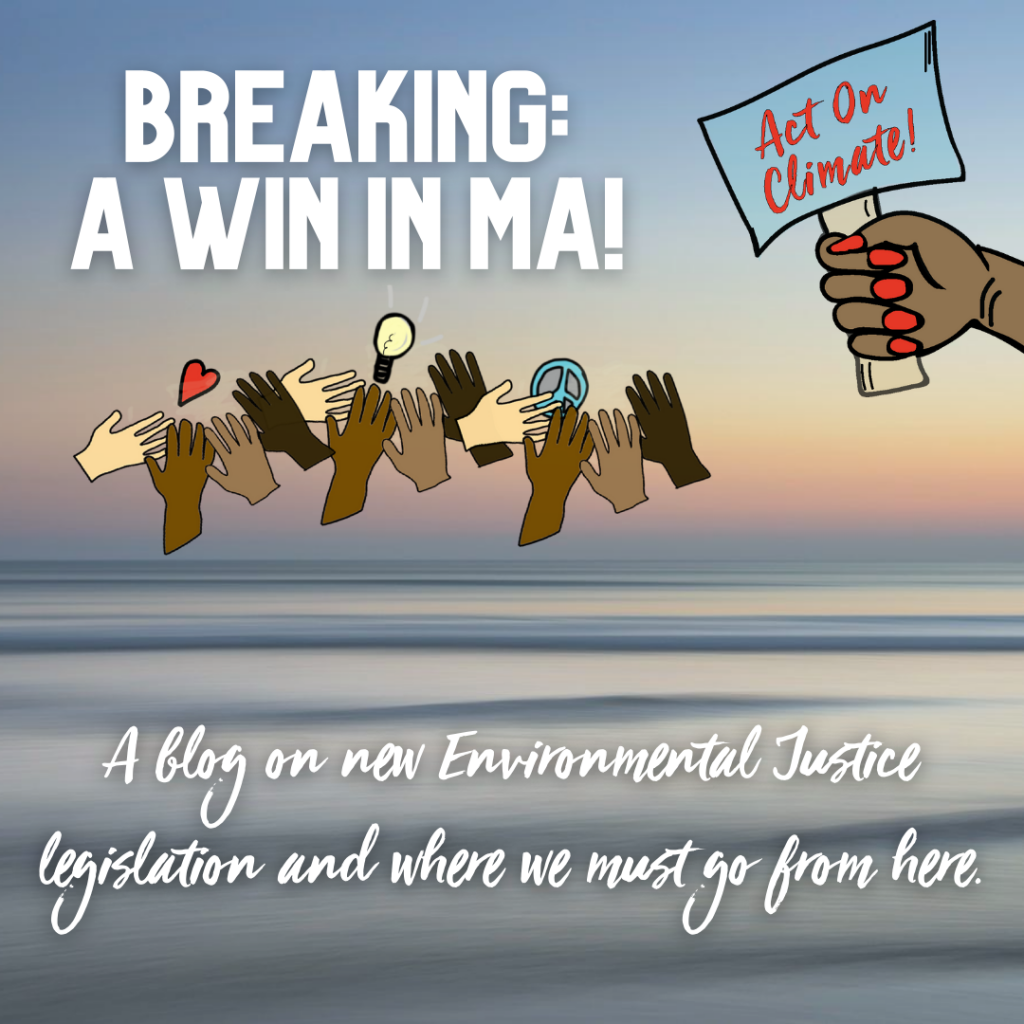 First, it provides legal definitions of environmental justice communities and explicitly makes environmental discrimination illegal (MA policy wonks: this was basically the E.J. Bill H.4264). This will allow future legislation to explicitly and thoroughly address environmental inequities and protect people who are the most impacted by environmental issues of all sorts, including climate change. This is a huge win! Big thank you and congratulations to our New England community and our many partners (especially our EJ partners at Neighbor2Neighbor, Alternatives for the Environment, Boston Student Advisory Council, Chelsea GreenRoots) for making this happen.

On science-based renewable energy targets, we got a mixed bag. One watered down amendment mandates that 40% of our energy in the electricity sector come from renewables by 2030. (MA policy wonks: This is from temporary RPS increase.) This is a partial win, a step in the right direction, though not nearly bold enough to meet the climate science. Meanwhile, amendments to move up the timelines and regulate the heating and transportation sectors were withdrawn before they even got a vote.

This brings us to one of the hardest, yet clearest lessons learned: Massachusetts House leadership still has a vice-like grip on the legislative process and it repeatedly crushes the boldest policies before they even come to the floor for debate. Not only did they release this bill with only a handful of hours to file amendments, but they also signaled to representatives to withdraw the boldest amendments behind closed doors, thus preventing the public from learning or participating in the legislative process.

Nowhere was this clearer than with corporate polluter fee legislation. On Monday, July 29th, Our Climate activists and our many allies lobbied our hearts out for a comprehensive, equitable “fee, rebate, and invest” amendment to the Economic Development Bond Bill. (MA policy wonks: This was amendment #163 to H.4879, which had many key elements of our priority bill H.2810 which had died in committee the week before.) But we were foiled.

Just as we had secured the 60th of the 80 necessary cosponsors, House leaders (MA policy wonks: we have some intel that it was Chair Golden) pulled a fast one. Our bill sponsor received a call that the vote on his amendment would be pushed forward, cutting our time to secure the remaining cosponsors. Fearing the impact of a potential loss, our sponsor withdrew the amendment before it even got a vote. Two much more incremental amendments to 2050 Roadmap bill suffered a similar fate later that week.

The wins are inspiring. The losses are frustrating. Not even knowing where legislators stand because an opaque State House culture keeps public votes off the record, is infuriating. Clearly we have built incredible power, but have so much further to go before we can meet our emissions targets, enforce environmental justice and ensures that polluters, rather than people, pay for a just transition.

If anyone from Massachusetts or the greater New England area would like to learn more about our upcoming programming and (re)join our fight, email Urvi Gipstein at ugipstein@bostonk12.org.