All 11 Oregon Senate Republicans Walked Out this Session. They Must be Held Accountable. 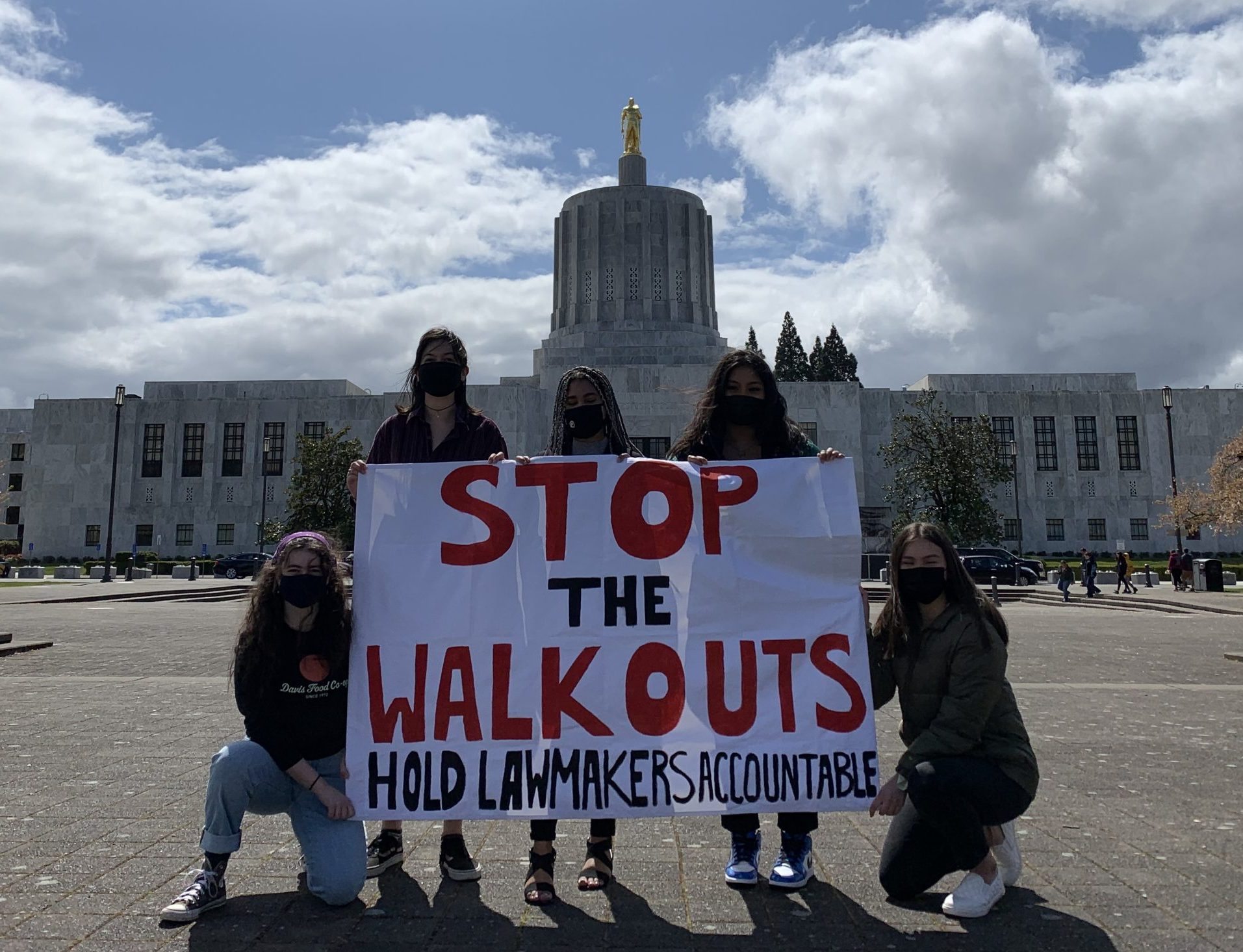 We’re going to be real with you. The fight to pass equitable, progressive policy is as hard as it is critical. But even on our toughest days, we keep showing up to the fight, because we know that’s the right thing to do.

When our public-serving elected officials refuse to show up to their job— our work gets a lot harder.

On February 25th, all 11 Republican Senators in Oregon walked out to “protest” Governor Brown’s COVID-19 restrictions on schools, which prevent students from attending school in-person for the duration of the pandemic.

As if that’s not bad enough, this is also the GOP’s second walkout within the span of 3 months, and their fifth in the last three years. Never once have they been held accountable.

The Republican senators cited so-called “science” and the well-being of children to justify their opposition to Governor Brown’s school precautions. We know that if the GOP really listened to science and cared about the wellbeing of their young constituents, they’d pass equitable climate justice policy to ensure a liveable future instead of fleeing from their job.

As Senators hid away from their responsibilities, they continued to collect paychecks of taxpayer dollars: a slap in the face to millions of Oregonians struggling in this recession to pay bills and feed their families.

The missing-in-action GOP is also preventing the passing of legislation which penalizes absences of lawmakers and asks voters to amend the state Constitution to lower the quorum requirement. As of now, Democrats need at least 2 senators from outside their party to meet the two-thirds quorum requirement of the Oregon Senate otherwise they cannot conduct business.

Can we count on you to write a letter to your elected officials, calling for the Oregon GOP to be held accountable for walking out on their constituents?

We will always remember who showed up and who ran away in the midst of a national crisis.