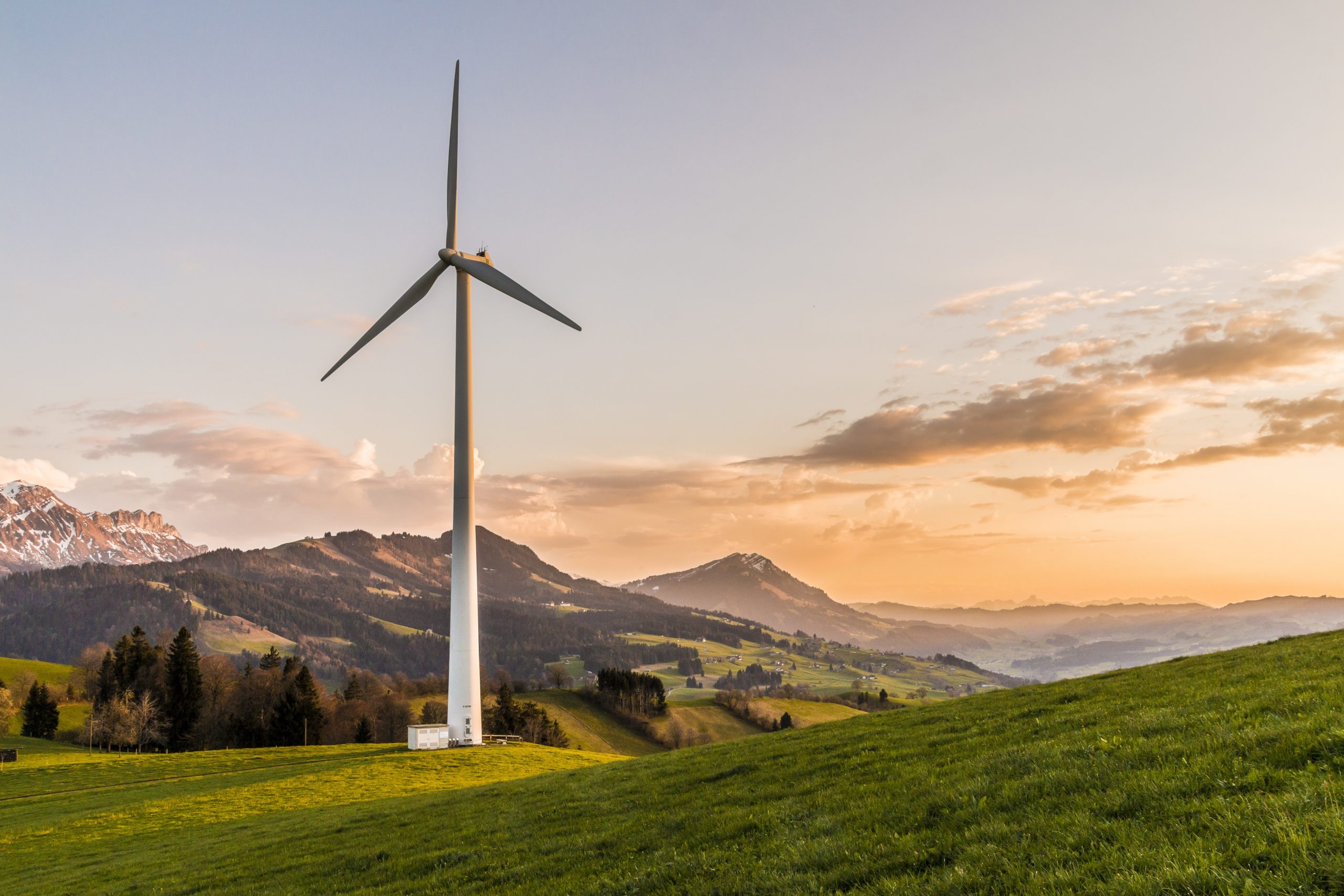 Environmental Justice Policy for the 21st Century: Our Climate board member Michael Wilson-Becerril shares the dos and don’ts of his dream climate justice policy proposal.

Despite the mainstreaming of this language, the adage that “the least responsible are the most  vulnerable” is yet to be incorporated into most governments’ policies on climate action. It therefore bears emphasizing, and often, that the mutual and compounding impacts of the climate crisis disproportionately affect Indigenous peoples, Black people, people of color, small island states, the global South, women, youth, the poor, trans and non-binary folks, and people living with disabilities—and of course, the impacts are especially harsh on people at the intersection of two or more of these social categories.

This bears repeating because, much like the problem, climate solutions that ignore these  differences are also fraught with the potential to reproduce and exacerbate these inequities. For example, one need only consider the racist and colonial roots of the “conservation” movement, or how the idea of conservation today continues to propagate militarization and corporate control over natural resources in many parts of the world. Likewise, proposals to confront the climate crisis can help to legitimize and re-inscribe the dominant, colonial structure of power that governs relations of production, consumption, and waste in the global ecology.

The carbon economy has been built, from the outset, via the violent and often brutal exploitation of native people, Black people, and people of color, and especially women in these communities.  Proposals to confront and mitigate the climate crisis must be assessed critically, not only with regards to their general promise, as if they were universally and uniformly beneficial to all human beings alike, but also by asking,“who has power?,” and more importantly, by weighing their effects on different populations, foremost those communities made vulnerable and marginalized, historically and ongoingly, via the processes of colonialism, enslavement, and extractivism.

The ideal climate policy platform would center these concerns, analyze the differential effects of climate change and climate solutions on different populations, and recognize that environmental justice is inseparable from the broader tasks of confronting militarization, war, xenophobia, racism, colorism, sexism, transphobia, heteronormativity, ableism, classism, ageism, and fundamentally, settler colonialism and corporate neocolonialism. Climate action will be ineffective and unjust until it directly addresses the interlocking systems of power which have buttressed the oil economy and  “modernity” as we know it.

• Decarbonize
o Place a heavy carbon tax on major polluters
o Use the funds to assist frontline communities in climate measures including mitigation, preparation, retrofitting, and proactive sustainable development
• Move quickly, but avoid securitization
o “Securitizing” an issue forces the suspension of normal rules and deliberation, it concentrates authority, and it legitimizes drastic steps that are otherwise unpopular (i.e., undemocratic). In short, securitization leads to militarization, which is actually part of the problem, and therefore cannot be a realistic or durable solution.
• Demilitarization
o Military forces are some of the largest users of carbon and sources of greenhouse gas emissions. Foremost among these, leading the list by far, is the U.S. military.
o We must link climate justice to a broader policy platform based on peace and diplomacy. This includes leading the world on new disarmament treaties, including denuclearization.
• Beyond developmentalism and the Green New Deal
o The GND includes many important steps that link social and environmental justice. Furthermore, it is a far-reaching proposal that thinks in big-picture terms about transforming our economy, ensuring green jobs, building retrofitting, education investment, a rethinking of transportation systems, and more.
o A transition to “renewable” energy requires a tremendous expansion of technology, which is energy-intensive, resource-intensive, and inaccessible.
o It is economically restrictive because of intellectual property rights that make technology inaccessible for poor people and the global South.
• This restrictive and inaccessible role of technology must be shifted toward openness, especially as part of a climate debt plan by which the societies that have benefitted most from throwing the climate out of balance pay to ensure that countries left behind by this development model can become more ecologically sustainable.
• On a related note, we must clamp down on the monopolization of the food system by large-scale agricultural industry, monoculture plantation economies, and their practices like copyrighting life forms and genetically modified organisms, like seeds, which are forcing millions of farmers into debt to companies like Monsanto.

Note: These and other criticisms aside, the Green New Deal is a project worth defending, fighting for, challenging from a constructive angle, and expanding.

• Degrowth and sustainable agriculture
o Expand on the GND’s recommendations about urban sustainable food systems.
o Emphasize scaling down, downsizing, and reducing consumption. Transform away from consumerism as the engine of countries’ economic wellbeing.
o Place an immediate moratorium on extractivism (mining, fracking, and offshore drilling). Leave these on the ground and make a rapid change to renewables.
• Forgiveness of the external debt owed by the global South
o Redistribute resources from the people and communities who have benefitted most from causing environmental harm to those at the frontlines of that harm.
• Decolonization and reparations
o Restitute land ownership to its Indigenous stewards, allow the occupied to self-determine and respect their autonomy, and provide reparations to Black people.
• Protecting the protectors
o Because they are also at the frontline of the crisis, Black and Indigenous women are also the very backbone of the environmental justice movement.
o Among some of the risks they face for their activism are domestic violence, private and public repression, criminalization, defamation, cooptation by companies and political parties, and more. We need accountability over this issue internationally.
o Climate justice platforms must include provisions to decriminalize and protect environmental activism, including through diplomatic pressure and international agreements (e.g., enabling victims to sue companies at their base countries).

Finally, below are some brief points on commonly proposed solutions that I would avoid:

• Cap-and-trade
o Cap-and-trade mechanisms are a market-based solution to climate change; they rely on the distribution of pollution permits which companies can purchase from each other. The result of this is that companies will simply purchase credits from companies that did not need the credits allocated to them, instead of transforming their environmentally harmful processes.
o Furthermore, they generate a speculative market where pollution permits are traded like subprime mortgages, providing more incentives to pollute.
• Corporate Social/Environmental Responsibility
o Other market solutions, like believing corporations will self-regulate to attract conscious consumers, have similarly failed to alter the structure of the problem.
o Charity and voluntary schemes both reflect, and reinforce, a hierarchical relationship. They are not intended to change this fundamental imbalance. They require and reify a notion of benevolence by the middle-class and the elite.
o Companies use “responsibility” propaganda to suppress criticism, conceal malpractices, and avoid actual regulation—and this might exacerbate conflict.
• Individualist pitfalls, where our consumerism is laid out as the problem and the solution (e.g., consume fewer plastic bags, straws, etc.)
o We must recognize that individual lifestyles and consumption must change, just like technology must play a role, but neither of these is the answer. Instead, we must focus on the biggest impact areas, namely the most damaging industries.

o This is neither safe nor effective. In fact, it is slow, costly, inaccessible, fraught with the potential for weapons proliferation, dangerous (capable of incalculable pollution), dependent on risky mining (where uranium is known to cause lung cancer among miners), likely to produce a lot of carbon emissions, and riddled with unmanageable toxic waste along each step, especially at the end of its life cycle.

• Biofuels
o Biofuels are contributing to a cycle of instability and violence by reducing local food production capacity in order to make way for the production of biofuels, which are mainly consumed by affluent people in the global North.
o Given their monocultural and mechanized production, they are also bad for the soils, destructive to flora and fauna, (petro-)chemically intensive, and (fossil) fuel-intensive. More effective sources of clean energy already exist.
• Militarization of the crisis and “armed lifeboat” approaches
o We will not survive the crisis by militarizing our borders and hoping that the problem stays on their other side. They might not even be sufficient to stop climate refugees, and even the most fortified barriers (and the xenophobia and racism that is invested in them) are unable to stop heat, or disease, or rising food prices, or nuclear waste that travels across the atmosphere from a seemingly “distant” war.
• “Population control”
o Population control is a racist, unscientific, Malthusian, and discredited idea that conveniently places the blame for climate collapse on its victims: the world’s poorest. These people are the least responsible and hardest struck by the crisis, and some folks want to additionally scapegoat them for it. This is unacceptable.
o Although commonly espoused by well-meaning people, population control is a dated fascist idea that is being increasingly used by eco-fascists obsessed with using the climate’s collapse to drive a “race war” and “depopulate” the planet.
o Research has consistently demonstrated that the root of our environmental collapse is not over-population, but rather over-consumption in the wealthiest countries. We can use this scientific fact to shut down eco-fascist discourses whenever we witness them.

Michael Wilson-Becerril is a member of Our Climate’s Board. He is an activist scholar specialized in international relations, comparative politics, and peace studies. He is a writer, journalist, and professor currently focussing in criminal justice reform while finishing a book on violence, extractivism, and socio-environmental justice. To read more about Michael’s work or get in touch, click here to visit his website.