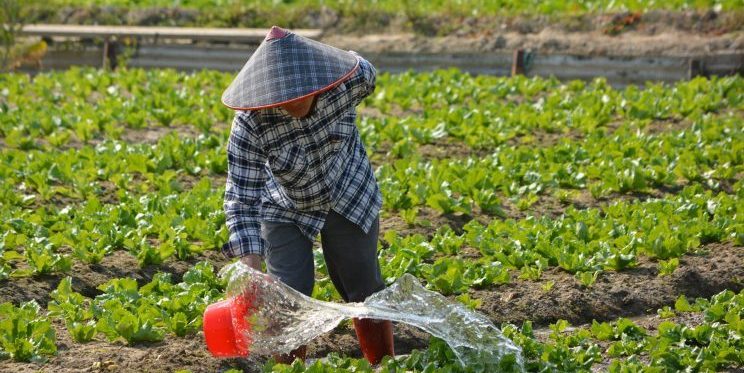 This article was originally published on 2/2/21 as a guest column in The Bulletin. To read the original post, click here.  As climate change increases Oregon’s temperature, low-income Black, Indigenous and people of color communities will be disproportionately burdened by the dangerous impacts of heat waves, drought and wildfires. Although urban and rural communities alike will suffer from the consequences of these phenomena, their experiences will be unique. In major cities, heat islands will create a deadly temperature disparity of more than 10 degrees between low-income communities of color and wealthier white neighborhoods. In farmlands — which make up over 29% of the state population and occupy 86% of its land mass — acute and chronic conditions will increase in their frequency and severity among the farmworkers cultivating Oregon’s thriving farms. Migrant workers are one of the only groups of people more consistent than our daily sunrise and sunset, with many of them beginning and ending brutal work days in sync with the sun’s cycle. These long days spent outdoors have led to nearly a third of Oregon’s workers experiencing two or more symptoms caused by heat-related illness; this includes skin rash, painful muscle cramps and spasms, dizziness, fainting, headache, heavy sweating, fatigue, nausea and vomiting, and confusion. In extreme cases, this can even lead to death; in the past decade, “more than 350 workers nationwide have died from heat-related illness,” according to Kaiser Health News. This is likely due to a combination of lacking key resources (40% had no access to cooling measures at work), education (only 21% of workers were aware of heat-related illnesses and mitigation strategies), and effective, pro-worker labor policies. Currently, there are no sweeping, federal labor laws to eliminate or mitigate the effects of extreme heat in the workplace, leaving this enormous responsibility for state and local governments to tackle. Few states have labor policies addressing the dangers of heat-related illnesses; California and Washington’s policies protect outdoor laborers while Minnesota’s only protects indoor laborers. In the city of Waco, Texas, they responded to this by training employees on prevention strategies, screening workers for diseases that would increase their risk of heat-related illness, providing more breaks, supplying adequate water supplies, and adjusting people’s order of tasks. A decade later, the number of “heat-related illnesses had essentially been cut to zero and median worker compensation costs were cut in half,” according to Kaiser Health News. The necessity of strong, federal labor laws will only become more apparent as new disasters — like wildfires — continue to devastate migrant worker populations. Migrant farmworkers are at increased risk of developing asthma, due to the high amounts of “organic and inorganic dusts, particulate matter, microbial agents, gases, volatile organic compounds , cleaning agents, fertilizers and feed additives” they are constantly exposed to, according to an article in the Journal of Agromedicine. Rates of work-related asthma and other lung conditions will only increase as wildfires caused by climate change continue to ravage the state. During 2020, several wildfires in Oregon, Washington, and California painted the sky Armageddon orange and filled the air with enormous clouds of smoke, plunging the state’s air quality to all-time lows. Despite these apocalyptic-like conditions, migrant farmworkers were forced to persevere. Though some employers discouraged their employees from working, many families could not afford unpaid time off. Additionally, lack of internet access and translation resources prevented many laborers from accessing critical information posted online. Community activists at Pineros y Campesinos Unidos del Noroeste and other organizations allied with Oregon Climate Action Plan’s Health Policy Table have been working to reframe environmental racism as a public health crisis. With consistent exposure to extreme heat, toxins, pollutants, and natural disasters, the time to act and ensure the health and safety of migrant workers is now. Ania Ty is an Our Climate Fellow in Oregon, and a student at Oregon State University.
Published On: February 9th, 2021 / Categories: Blog /