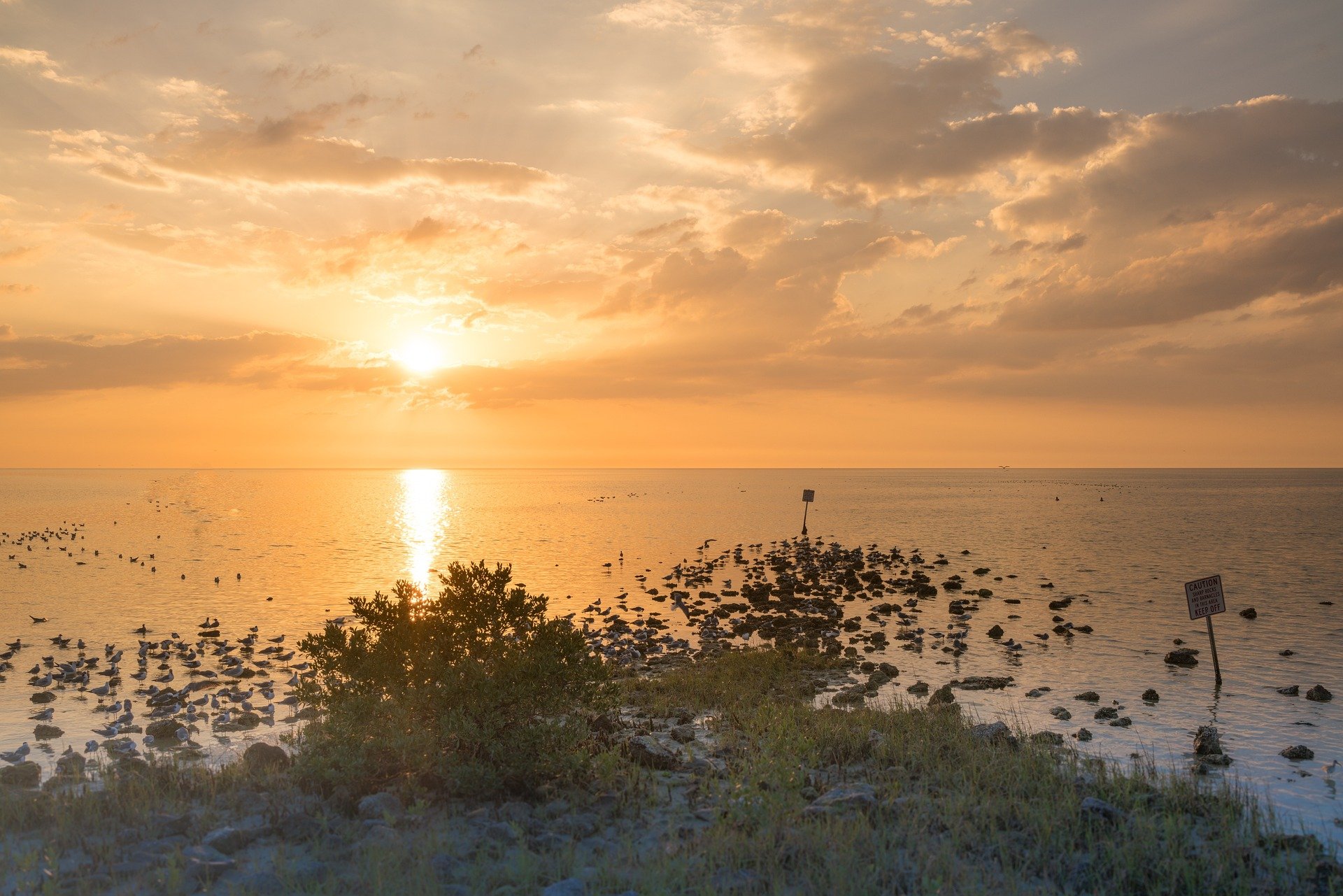 Florida is known for its natural environment: the wide array of beaches, the coral reefs that stretch along the coast, and the wetlands of the Everglades, home to abundant wildlife.

All of these regions make up what I admire most about Florida’s environment. Yet all these regions are at risk as climate change continues to impact Florida’s waters. The sea level is rising about one inch every few years. Temperatures have increased by two degrees Fahrenheit in the past century. Although seemingly small, these changes have consequential impacts on the state and the individuals living in it. As a coastal state, Florida is more vulnerable to warming ocean temperatures, sea level rise, and an increase in storms.

The present state of Florida’s environment looks more like this: beaches eroded as the sea level continues to rise, coral reefs destroyed, and water levels decreasing in the Everglades, threatening native species.

The increase in global temperatures and the melting of ice is causing sea levels to rise in many parts of the world. It is especially evident in Florida where higher waves result in the erosion of sand. Other factors also contribute to this erosion. As the number of hurricanes increases, erosion also intensifies, further damaging the coastline. Development on the coast also poses a similar threat. Increasing erosion is dangerous because it causes habitat loss and affects species that live on the coast while also damaging homes and buildings.

Coral reefs are another significant ecosystem being impacted in Florida. Carbon dioxide levels in the atmosphere have increased, which in turn affects the ocean. The ocean absorbs more carbon dioxide which leads to an increase in ocean acidity and a decrease in the pH level. This reduction of pH, known as ocean acidification, negatively affects aquatic organisms such as coral. Ocean acidification slows the growth rate of corals and makes the process of building coral skeletons more difficult. Increasing ocean temperatures also affect coral reefs through coral bleaching which occurs when corals lose algae in response to the changing temperature. Losing algae leaves corals weak and more likely to die. Coral reefs play a vital role in sustaining a flourishing ecosystem as they provide shelter and food for marine life. They also protect shorelines by acting as a buffer. The destruction of coral reefs would negatively affect ocean health, biodiversity, and individuals who rely on the support of corals.

Along with beaches and reefs, the Everglades is a notable natural region in Florida. As a result of rising temperatures, the rate of water evaporation is also increasing. This means that the Everglades will require more water in order to support plants and wildlife. However, the amount of available water is also decreasing, making it more challenging to replenish the lost water in the region. In addition, sea level rise impacts the Everglades by bringing in salt water. The addition of salt water threatens aquifers, which provide drinking water, and affects species that do not have a saltwater tolerance.

It is clear that climate change poses detrimental effects on Florida’s waters. And as natural disasters and environmental degradation increase, there is a more pressing need to reduce human-induced climate change and grow resilience to adapt to climate risks. We need to act before these vital regions, that provide homes and habitats, are lost forever.

Navya Natarajan is a Florida fellow and a current student at the University of Florida. Navya is an Environmental Science major who is passionate about sustainability and climate justice. She plans to continue her education at law school to pursue a career in Environmental Law. Through her fellowship with Our Climate, Navya hopes to gain experience advocating for equitable policies and work alongside other dedicated individuals to make a positive difference in the world.
Published On: January 25th, 2023 / Categories: Blog /