@MA Legislature, wind is not enough! 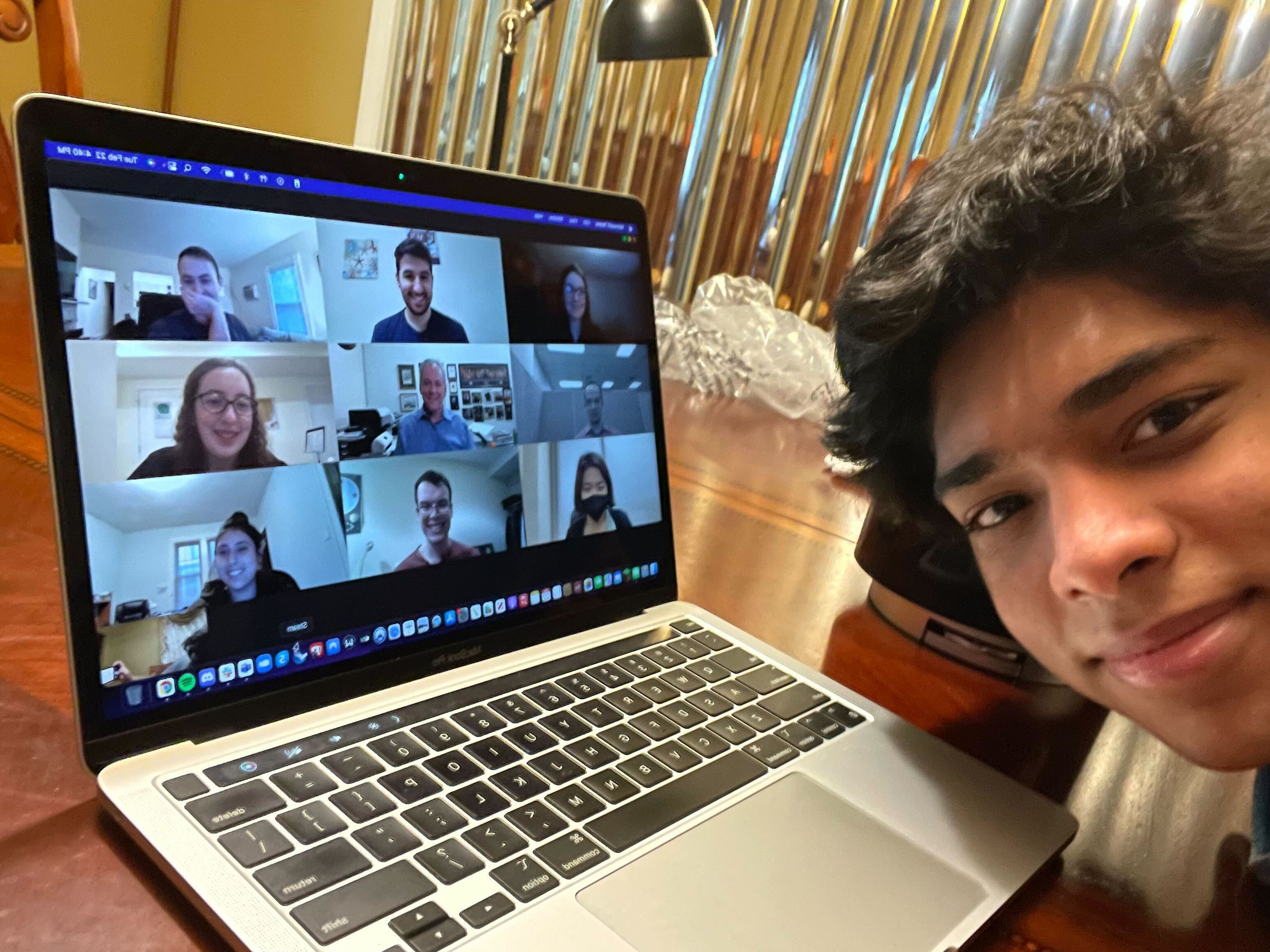 With less than 70 days until the end of session, three of our five priority bills in the Massachusetts Statehouse are still stuck in the Telecommunications, Utilities, and Energy (TUE) committee. Though we held a Youth Lobby Week to discuss these priorities with over 40 legislators from all areas of the state in January, we know they will not make it out unless the leadership takes interest.

That’s why I was sweating 4 PM on February 22, 2022 – juggling three Google Docs, Slack, and frantically downloading Microsoft Teams –  just as our meeting with Representative Roy, Chair of TUE) was about to start. So much was riding and is still riding on the outcomes of that meeting. Swapnil grabs a selfie for our group during the meeting with Chair Roy. I’m on the middle left!

It was the first time in either OC or MYCC’s history that we had built enough power to earn the attention of the TUE Chair and his staff! So we spent hours with partners at MASSPIRG Students and Sunrise Worcester preparing for our conversation. Our challenge: How can we secure as much of our future as possible in 30min?

Ideally, we still want all the bills we support–The Energy Facilities Siting Reform Act, The Green Future Act, and The 100% Clean Act–to make it out of committee. However, we knew from past sessions and our own intel that Rep Roy and his staff were working on a climate omnibus bill. So we compiled what we youth believed to be the most essential parts of each bill into one reference document for the committee: The Omnibus Bill Writing Appendix.

While we were able to share key elements of the Appendix during the meeting, especially the environmental justice protections, we remain concerned. We learned that the House of Representative’s focus is on one specific part of our renewable future–wind. Since then, we have learned that higher ranked leadership had not only told Rep Roy to focus on this topic, but that they were going to focus solely on that narrower wind bill at the end of the session.

Needless to say, we are deeply frustrated with the power dynamics that seem to be stopping the Chair and the legislature from representing us. Wind is great and it is not enough. We have started planning direct action with our partners at Mass Power Forward in response. Though we are unsure whether our actions will move legislators this session, we need this moment to reaffirm our commitment to the vision of our movement rather than just catering to whatever seems convenient to the highest leadership in the statehouse.

Stay tuned for upcoming news about direct actions, and meanwhile, check out my speech at a recent media release and mini-rally.