My First Month with Our Climate

The Our Climate Team is proud to introduce our newest full time team member, Laura Krouse. Laura is Our Climate’s Oregon Field Organizer. As a member of our team, Laura will build a base of young leaders in Oregon who will advocate for science-based and equitable climate policy alongside partner organizations throughout the state. 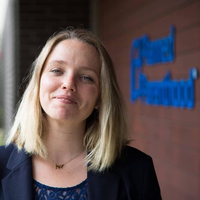 It has been a month since I became Our Climate’s Oregon Field Organizer. I feel incredibly lucky to be working in this role and have learned an incredible amount since I started. I worked previously as a Community Organizer for Sarah Iannarone’s Mayoral campaign in Portland, OR and this is my first time working in an environmental justice role. I come from a unique background of advocacy work in Oregon. I worked as a Leadership and Advocacy Team member with Planned Parenthood Columbia Willamette while I was in Community College and went on to work with the Portland Art Museum. Throughout working in these various roles, it has been a goal of mine to work for the climate justice movement because it’s become more and more clear how related and intersecting our movements are. During this first month, I have had the opportunity to dive right into the Oregon short legislative session and work closely with climate action groups that are dedicated to passing equitable climate policy. During Oregon’s short session, I worked alongside Renew OR and their coalition of environmental justice groups to lobby and testify for the Clean Energy Jobs Bill. 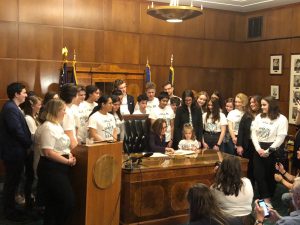 After the end of the short legislative session, Kate Brown signed an executive order that directs state agencies to cap carbon pollution. This cap includes the industrial, transportation, and natural gas sectors, and was put in place in order to reach new emission reduction goals, which require a 45% reduction below 1990 levels by 2035 and an 80% reduction by 2050. The language of the executive order reflects the language of the Clean Energy Jobs bill in capping emissions and puts us on the map for passing the most equitable climate policy in the country.  I was lucky enough to witness Kate Brown sign this executive order into law alongside our Oregon coalition partners. It was amazing to witness the governor’s passionate response to climate policy and to feel like after all the hard work, my team and I could celebrate that equitable climate policy is now in effect in Oregon.

I hired and onboarded three spring fellows from Portland State University, Oregon State University and Willamette University.  The fellows and I hit the ground running during the short session. All three fellows have attended rallies for the Clean Energy Jobs Bill, submitted testimonies for the bill and wrote letters to the editor in support of the bill.  I absolutely love working with my fellows, as they are so enthusiastic to jump into the work that Our Climate is doing. They were hired during the first week of the short legislative session and were quick to write letters to the editor, read their testimonies in front of lawmakers during hearings in Salem, and lobby at the capitol during Youth Lobby Day. Students have a massive impact on climate policy; the younger generations are aware that we have ten years until our climate fate is sealed and we understand the importance of passing equitable climate policy now. 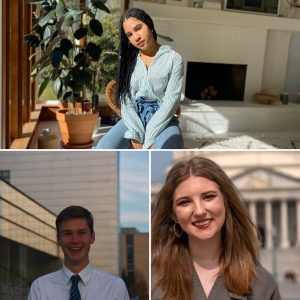 During my first month I witnessed students from all over the state share their testimonies in front of lawmakers at hearings and rallies in Salem, they spoke about how climate change is already affecting their communities and encouraged older generations to step up.  I believe it was their stories that kept motivating people to come to the capitol every day during the short session to rally for the bill. I envision that in the coming years, we will see more and more youth leaders stepping up in Oregon and working to pass equitable climate policy together. My hope is that eventually we will have youth leaders and fellows from Our Climate run for office and work to continue fighting for bold climate policy.

My first month with Our Climate was incredibly exciting and awe inspiring. I feel incredibly lucky to work on something I am passionate about with people who show such an innate sense of optimism and drive. Our Climate has provided me with the gift of continuous learning.  I am thankful for the organization’s guidance and the tools it has provided me to be working a job I have dreamed about having.

Looking forward I am incredibly excited to continue working with my fellows and to continue bridging connections with climate action groups working towards equitable policy here in Oregon. My fellows will be working on registering their peers to vote, holding community events, and engaging their peers on helping pass equitable climate policy in Oregon. I couldn’t be more thrilled to be working with such an amazing team of young, passionate leaders in helping them influence climate policy in Oregon.