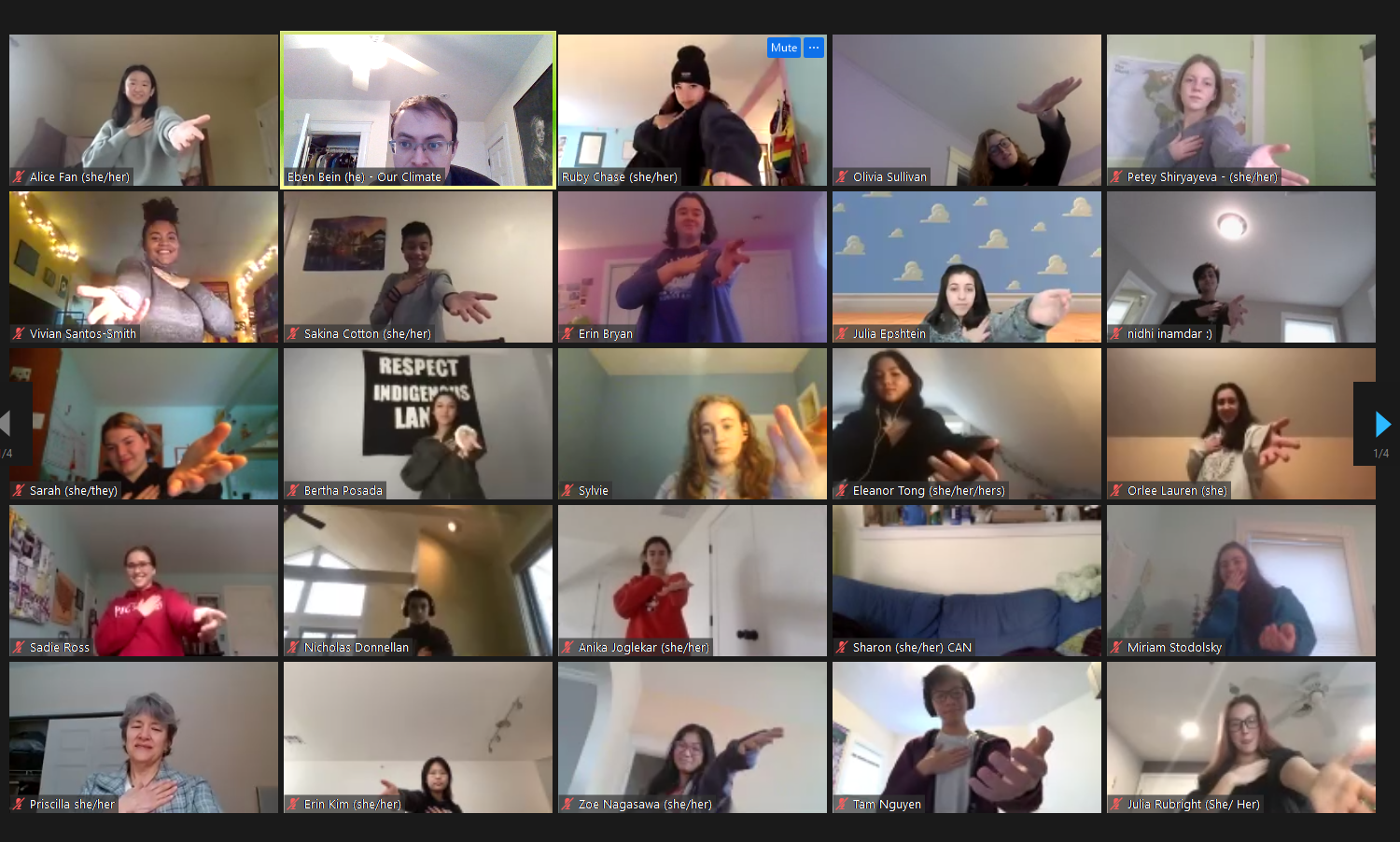 Last week, over 140 youth leaders from across Massachusetts trained, prepared, and met with state legislators to address issues of transparency within the state house. Organized principally by Fellow Orlee Lauren, and Field Representatives Ruby Chase and Alice Fan, the Massachusetts Youth Climate Coalition (MYCC) transparency lobby week invited members from across MYCC to lead and participate in meetings with their district representatives and senators. We had three asks: (1) to make all committee votes public and posted on the MA Legislature’s website, (2) to allow 72 hours during business days between when the Legislature releases a bill and when amendments are due, and (3) to require no more than eight members of the House of Representatives to stand for roll call for a given bill in order for every member’s vote to be recorded on the public record. Lobby Week participants congratulating one another for fighting for transparency!

With a tremendous amount of participation from youth leaders from groups such as Our Climate, the Sunrise Movement, Boston Student Advisory Council, VietAid, and Green Era Massachusetts, to name a few, MYCC’s transparency lobby week succeeded in making it into the state house news and WBUR! MYCC leaders facilitated four massive trainings, and held over 20 preparatory meetings. And, since Tuesday, Jan. 12, most participating districts have held their meetings (32 completed, nine left to go), and in doing so, have sparked candid conversations about Massachusetts’s lacking transparency, and why it’s a problem not only in and of itself, but also in how transparency is particularly crucial for climate policy reform.   One youth leader, Sakina Cotton, from her school’s lobby group, Andover Climate Lobby (ACL), expressed enthusiasm in regards to the impact of her district’s meeting. Sakina’s group met with the Representative Dan Hunt’s Chief of Staff, Erin Walsh, of the 13th Suffolk district. Through their meeting, Sakina and her team reached a point of consensus with Walsh over the importance of transparency and how it’s not up to par. The 13th Suffolk team also formed a connection with Walsh that they hope to continue to build over the current session, which can be an essential step towards improving MYCC’s relationship with Rep Hunt, and then, in turn, can help spread the word of transparency in the state house. Many groups faced unprecedented pushback, though, from legislators who are concerned about these asks for all sorts of reasons. That said, we know that the Rules Committee has been selected and that our lobbying has inspired a flurry of talks inside the statehouse and in the general media, most recently the Boston Globe. To learn more about how we fact-checked legislators’ false counterarguments, check out our previous post, The House Clerk: A Transparency Advocate’s Best Friend.
Published On: January 20th, 2021 / Categories: Blog /