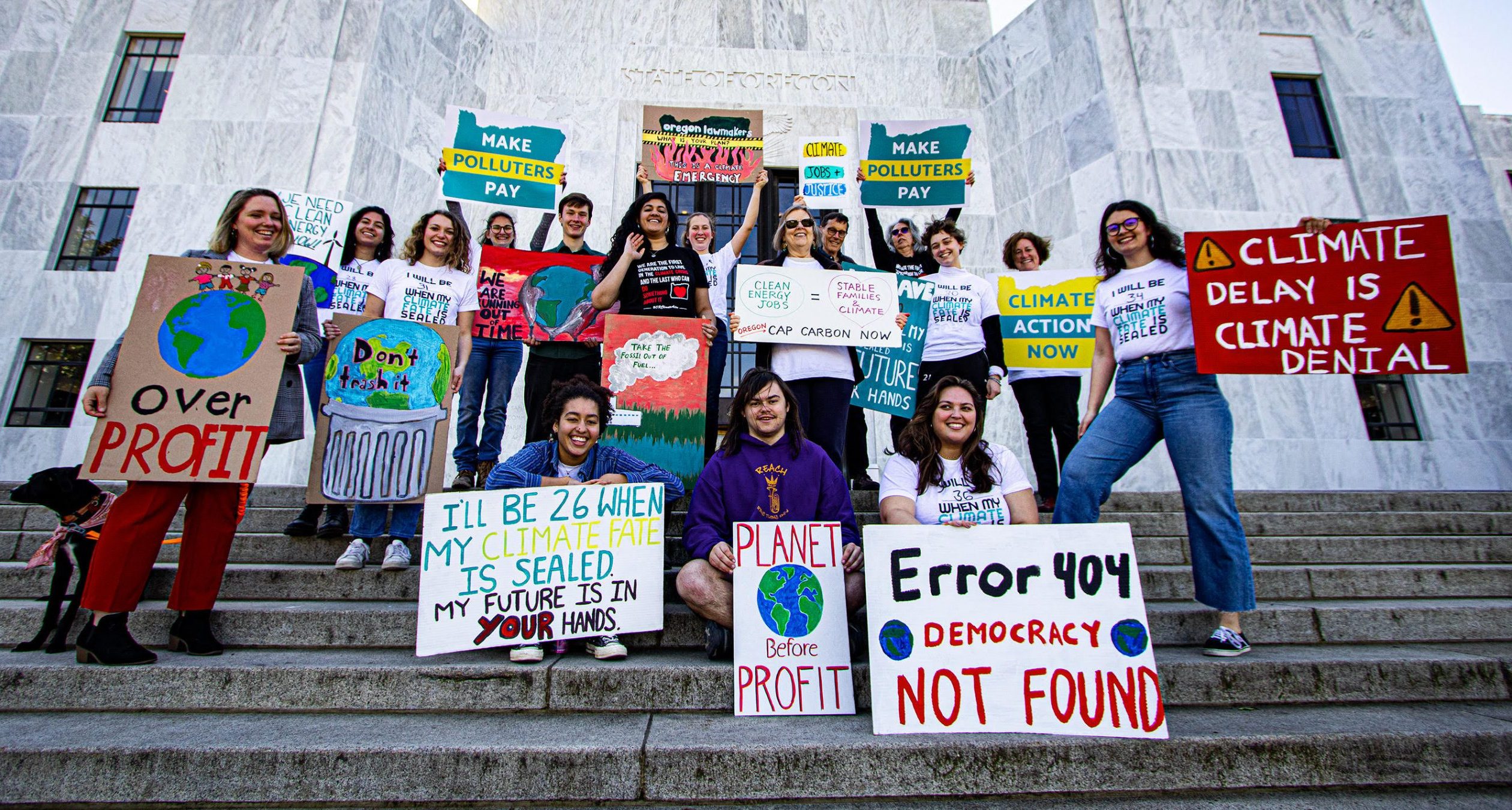 Republicans from the House and the Senate refused to vote on the Clean Energy Jobs bill during the short legislative session in Oregon. Oregon students and Environmental Justice groups rallied around the capitol all month long to show their support for bold climate action.

SALEM, OR – Hundreds of youth from across Oregon delivered a message to state legislators to support the Clean Energy Jobs bill and take strong climate action during the short legislative session. Students attended rallies, read testimonies at hearings, mobilized on social media, participated in Youth Lobby Day with dozens of environmental justice groups and youth led organizations, and signed petitions in support of Clean Energy Jobs. They came to the capitol during the Republican walkout in the final weeks of short session and pressured lawmakers to return and do their jobs. Unfortunately, with the Republican walk out, senators were unable to cast their votes for the Clean Energy Jobs bill along with various other important bills that lawmakers had worked tirelessly to get onto the senate floor during the short legislative session, such as relief for the recent floods in Umatilla County, funding for wildfire mitigation, and an affordable housing package.

Without climate solutions like the Clean Energy Jobs bill, young people are expected to lose billions in lifetime income, and face impacts including extreme weather events, prolonged floods and droughts, wildfires, infectious diseases, and mass migration. By putting a price on carbon, polluters will be required to account for the true costs of fossil fuels and reduce emissions. Holding polluters accountable has the potential to be a powerful, bipartisan policy solution to reduce carbon pollution, stave off global warming and its catastrophic effects, and allow renewable energy to flourish.

The inaction in Oregon comes during an exciting time for passing clean energy policies across the country. Our Climate youth leaders contributed to the passage of the Climate Pollution Limits Bill in Washington State today and the Climate Leadership and Community Protection Act in New York in 2019. “Bold action on climate must be passed in 2020 to mitigate the worst effects of climate change. We plan to hold these elected officials in Oregon accountable for endangering our future,” said Laura Krouse, Oregon Field Organizer for Our Climate. 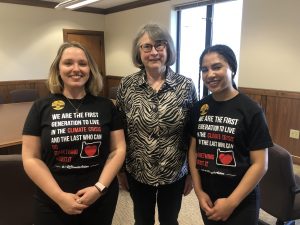 During the short legislative session here in Oregon, Our Climate fellows attended rallies, hearings, as well as the Youth Lobby Day. Sharona Shnayder, an Oregon Our Climate fellow spoke about her experience this last month stating “The past few weeks have been eye-opening in the sense that I am now more aware of the political climate in Oregon and the necessity to fight all inclination towards inaction.” Though the Clean Energy Jobs bill did not pass this session, we were able to mobilize and demonstrate that Oregon youth care deeply about the future of this state and are not afraid to work hard for it. Given the urgency of the climate crisis, we refuse to wait until the 2021 legislative session to pass policies that will protect our future. We look forward to working with legislative leadership, the Governor, and our environmental justice partners to ensure that bold and equitable climate action is enacted in Oregon this year.