Seeds of neocolonialism: GMOs are not a solution to food insecurity in Africa 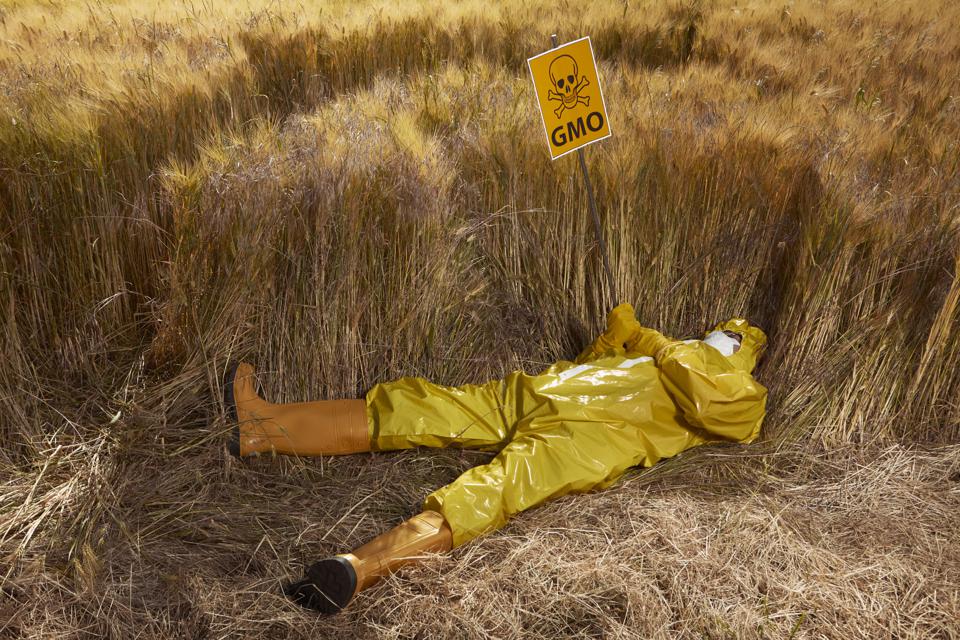 Over the past month my country, Kenya, has been tangled in conversation over the lifting of the 2012 ban on Genetically Modified Organisms (GMOs), this coming shortly after it was gazetted that it is now illegal for farmers to save and share seeds.

Kenya is having its worst drought with four failed back to back rainy seasons and the weather man has warned to expect a less than average pour from the October to December short rains season. The prices of staple food commodities like maize and wheat flour are also high owing to the drought and also high cost of farm inputs and about 4.5million Kenyans are facing hunger. It is in light of this that the government has lifted the ban in what they say is an effort to ease food insecurity and adapt to the effects of climate change by reducing reliance on rain-fed agriculture.

It is clear that we need urgent action and a long term plan to deal with the crisis, however the strong evidence against GMOs cannot be ignored and what has been framed as a solution might actually be a setback that stands in the way of sustainable solutions.

Samantha Nyakeya, an organic farmer and permaculture designer and author argues that GMOs will be linked to multinational corporations which will aggressively push for exclusive use of their seeds making it illegal to save and share seeds with our neighbors. She asserts that this will be at the expense of our heirloom seeds that farmers have saved for generations and that we risk losing our agency and independence in being self-sufficient in food production all in the name of profit. On her Instagram @mboga_mama, Wanja, a small scale organic farmer, echoed Samantha’s sentiments, “This was not a victory for us, it is actually devastating news. What we have actually done is give away our sovereignty on seed supply and food production, specifically the production of maize which is a staple in Kenya. We have sold our agency of the production of maize to (international seed companies) Monsanto.”

According to Wanja, farmers do not only grow food, they are also the curators of traditional food ways and the custodians of culture. “I am a collector and grower of heirloom varieties of maize and this is now under threat because of the lifting of the GMO ban. I am afraid to plant maize this season because if my neighbours use the GM maize seeds, their maize will contaminate my seed with their traits through wind pollination and I will lose my seed. So even if I haven’t opted in to GM seeds, I would have to buy new seed since theirs is patented as intellectual property and I risk being sued if I save it for replanting.”

These fears are not unfounded. According to reports retrieved from Navdanya International, a biodiversity conservation organization spearheaded by Dr Vandana Shiva, the promise of GMOs to improve yield, resist pests and drought and also feed the world has fallen short.

In fact, according to various country cases featured in the reports, it has led to increased chemical use which in turn has caused pests and weeds to develop resistance requiring even more chemicals in order to manage them. New pests and super weeds have also emerged resulting in an even larger dependence on pesticides with grave consequences not only for the environment but also for the farmers who are exposed to the toxins. Because they cannot save and replant these seeds, farmers have also been left vulnerable and in debt due to the exorbitant GM seed prices.

South Africa, one of the first African countries to adopt GMOs is still suffering from widespread food insecurity even though 94% of its corn crop is genetically modified. South Africa has also become the largest importer and user of pesticides in sub-Saharan Africa with over 500 active pesticides.

Wanja further challenges the notion of food scarcity arguing that our problem is that our food system denies access to those who cannot afford.

“We are being told that Kenya has food shortage and that is why we need to embrace GMOs. Kenyan farmers grow enough food, the problem is that people cannot afford to buy it. COVID 19 and the current drought have exacerbated the problem of food poverty. What I’d like to see is the government reinstating the national silos and storage facilities so it can buy food from farmers for distribution during drought, I’d also like to see the stabilization of food prices so food is affordable for all Kenyans. We do not have a seed problem or food shortage problem. Food poverty cannot be resolved through GM technology.”

To her point, farmers from Nyandarua County, one of Kenya’s largest food producers, spoke to local press recently saying that they couldn’t understand why their fellow Kenyans are going hungry while they have an overabundance of food in their farms that is going to waste.

To quote Anne Maina, the coordinator of the Biodiversity and Biosafety Association of  Kenya, if we want to solve food insecurity and realize the right to food, we need to support and invest in smallholder farmers, majority of whom are women, and who produce 70% of our food. These small holder farmers and pastoralists are the group facing chronic food insecurity.

It is sad and curious that the people who are most food insecure are the people who actually grow food. According to Dr Shiva, they are going hungry because everything they have grown has to be sold in order to pay for the costly seeds and chemicals. So a high cost, chemical intensive agriculture is a recipe for hunger. The models of agriculture that chemical farming has promoted are monocultures, which are nutritionally impoverished. The same acre of land using biodiversity and organic and ecological methods could produce 5 to 10 times more nutrition than a monoculture can. So maximizing the production of commodities for international trade is directly proportionate to the decrease in nutrition availability to local communities which is how hunger grows. If Africa is to be fed, it has to be fed by growing food locally, to be used locally as the biggest proportion of the food basket.

So if the GMOs are not a solution to our hunger and drought crisis why did our government lift the ban? For years, there has been ongoing pressure from international seed companies for Kenya and other African countries to adopt GMOs arguing that they can help meet the continent’s food needs and are a key to climate adaptation. But seeing that the only reason GMOs are created is to own seeds and collect rents and royalties as Dr Vandana Shiva says, then we can look at the lifting of the ban as the new tool of colonization, a way for these international companies to monopolize food production and profit at the expense of human and ecological health.

There has been a lot of concerted effort and comradery among environmentalists, civil society groups and organic farmers like Samantha and Wanja centred on GMO sensitization, implementing local solutions to our hunger crisis, as well as protecting and celebrating our indigenous seed and local foods. There is a lot to overcome, but this has been a source of hope for me in the middle of a grim reality. As we head out into COP27, we expect to see wold leaders recognize the power of food systems in addressing the intersecting issues of climate change and food insecurity especially in the global south.

Cindy Muthike is a freelance writer deeply passionate about climate justice with a particular interest in food justice and sustainable food systems. Having witnessed the devastating effects of drought and an industrialized agriculture system in her country Kenya, she knows first-hand how urgent it is to address the intersecting issues of climate and food justice. Besides Our climate, Cindy has written for and become involved in the local activities of Slow Food Kenya, an international non-profit whose principles of promoting good, clean and fair food appeal to her. She believes that indigenous knowledge systems of food, agriculture and land protection are a key part of protecting the earth, building resilience and ensuring a just transition to sustainable food systems for everyone.
Published On: November 21st, 2022 / Categories: Blog /