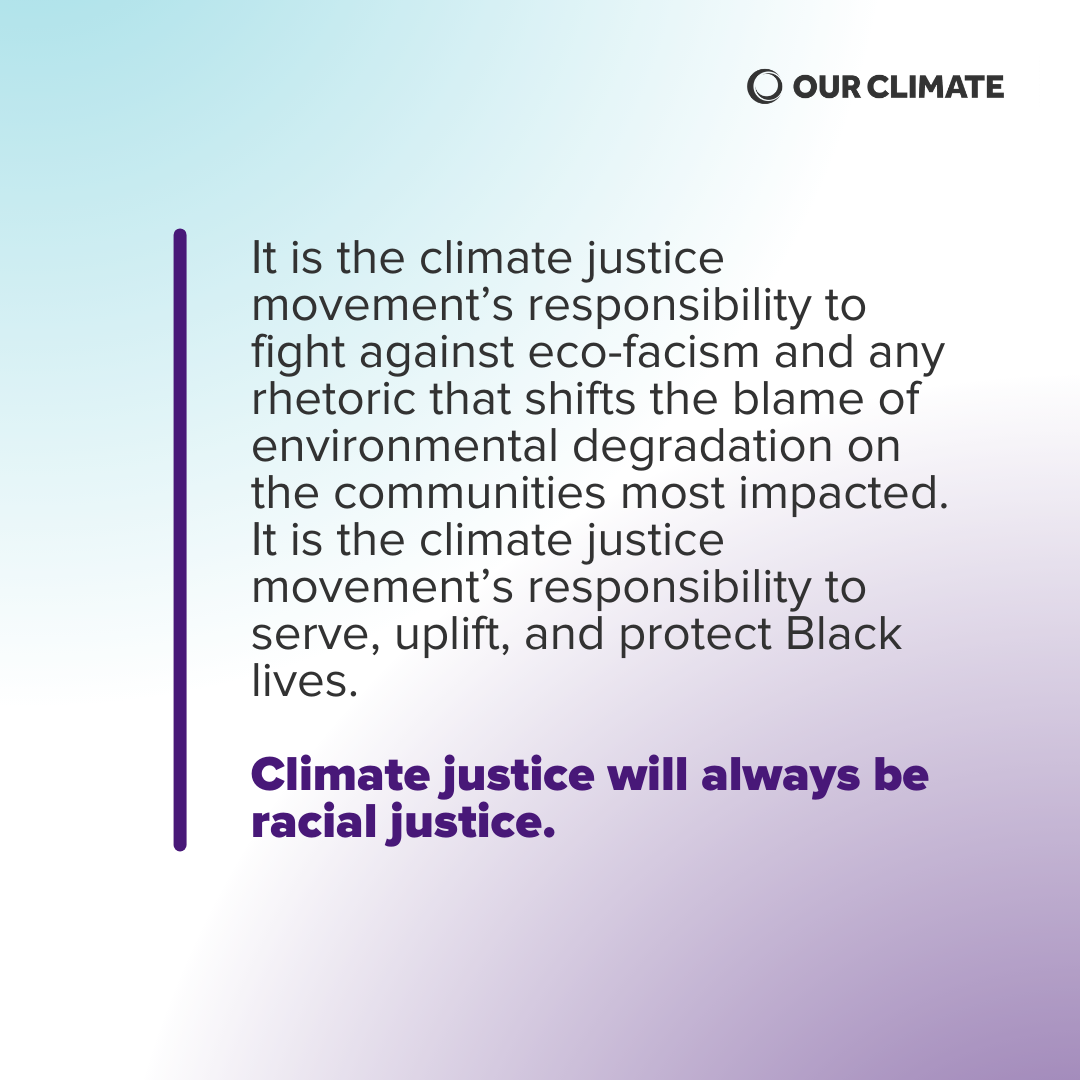 Every time Our Climate writes a statement to commemorate loss of lives to senseless violence driven by white supremacy, we hope it will be our last. We plead that the disease of white supremacy and anti-Blackness in our world will be dismantled, and the cycle of violence will end.

And yet we keep finding ourselves in this place of disgust and mourning. Our fight is far from over. We remain unwavering in our fight against racial injustice and the violence of white supremacy as an organization committed to intersectional justice.

Earlier this week, a domestic terrorist in Buffalo took the lives of 10 people and wounded 3 more. 11 of the people killed and injured were Black. The killer identified himself as a white supremacist and facist. Those whose lives were taken leave behind an irreplaceable void in countless families and communities.

This racist attack took place in a predominantly Black community at Tops Friendly Market, one of the few grocery stores in the area (widely regarded as food apartheid). Closure of the market will further decrease the accessibility of fresh produce to the community.

We were sickened to learn that Payton Gendron, the 18 year-old gunman, identified himself as an eco-facist. Eco-facism advances a white supremacist agenda under the facade of environmentalism.

Eco-facism uses the ideology of “overpopulation” and incorrectly blames immigrants for environmental degradation. The killer also cited the “replacement theory.” These deeply harmful ideologies are racist and not based in fact.

These are not fringe beliefs – this ideology has been spread by right-wing republican legislators, Tucker Carlson and other Fox news commentators, and even within the environmental movement. The ideas of eco-facism were also cited by Patrick Crusius, who took the lives of 23 people in an El Paso Walmart.

Where to donate and take action:

Black Love Resists in the Rust