The IRA passed but the fight for climate justice is nowhere near over. 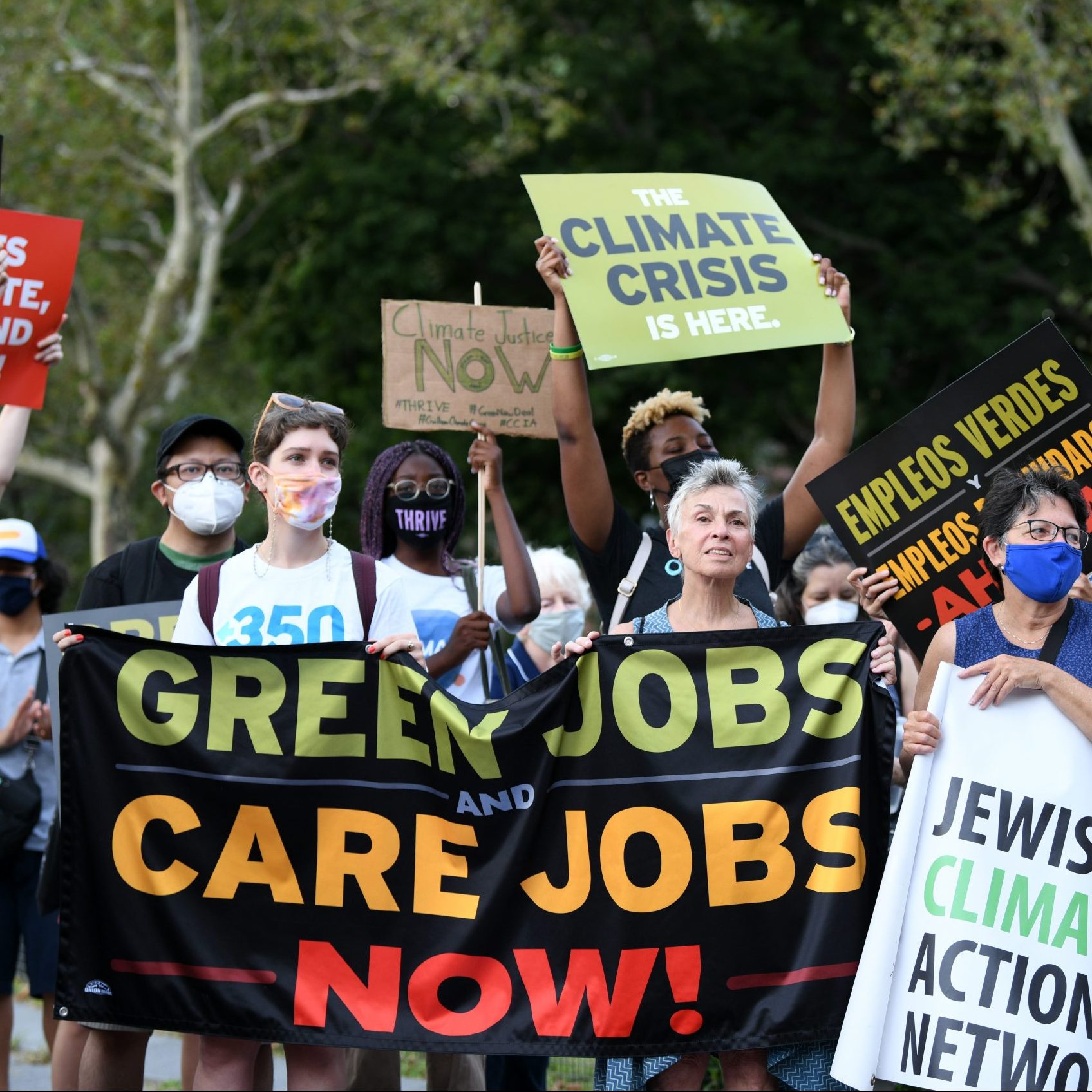 Yesterday President Biden signed The Inflation Reduction Act: a substantial piece of legislation with the largest sum of climate and renewable energy investments in United States history. While this legislation will provide large amounts of funding for resiliency and renewable energy projects, we would be remiss to not acknowledge the equally concerning environmental justice flaws within the bill that the generations of today and tomorrow will be forced to reckon with. Holding this duality is critical in understanding both the good and worrisome implications of The Inflation Reduction Act.

The Inflation Reduction Act will invest $369 billion in renewable energy and other technologies to combat the climate crisis in the United States. The legislation is predicted to reduce greenhouse gas emissions to levels 40% lower than 2005 levels by 2030. It provides $1B in grants to increase energy efficiency in affordable housing, $32.5M to collect data on impacts of environmental pollution and climate burdens, $400M to upgrade heavy duty vehicles (school buses, garbage trucks, and public transit buses) to cleaner alternatives in overburdened communities, $37.5M to address air pollution in schools in low-income communities, and $550M to improve drinking water access, among others – all provisions that climate activists and legislative champions have been working hard to achieve for years.

And Our Climate echoes environmental justice partners and communities’ critical concerns about how several gaps and ties to the fossil fuel industry will harm those most impacted while benefiting fossil fuel corporations. The act leases over 80 million acres in the Gulf South and over 1 million acres in Alaska for oil and gas production, provides higher royalty rates for fossil fuel development on public lands, completion of the damaging Mountain Valley Pipeline running through Appalachian communities, and other concessions to fossil fuel interests (we highly recommend reading this factsheet as well as statements from environmental justice organizations responding to these concerns over the last week).

For legislation to be truly just, it must be equitable in both content and in process. Climate justice policy must reverse the way environmental hazards are disproportionately passed on to environmental justice communities and include deep investments in their wellbeing. To be equitable in process, a policy must be actively written, shaped, supported and executed by transparent, diverse coalitions from impacted communities. Those coalitions must work actively to center frontline climate communities including BIPOC communities, low-income people, LGBTQIA+ people, women, people experiencing houselessness, labor groups, farmworkers, people with disabilities, immigrants and undocumented people, and youth. To avoid creating further inequalities, policymakers must look to environmental justice leaders and frontline communities to actively shape legislation. This did not adequately happen.

“Years of activism have resulted in monumental legislation and yet I feel so complex about it. I have learned that life is often met with moments of entangled feelings. Over the past week, I have gone through the highest of highs and lowest of lows of emotions. And you know what? It’s absolutely okay to feel a rollercoaster of sentiments about this. Finally the United States is investing in funding for communities and research!  And also, as a momma, I am worried about the millions of acres that are being handed over to the fossil fuel industry that will inevitably impact the air of my child, future children, grandchildren, and great-grandchildren. As with most activism, the fight is never truly over. So instead of resting all of my attention on my worries, I am going to lean into solutions that will proactively address some of the weaknesses within the bill. My hope is that others will too.” – Jasmine Davenport, Executive Director, Our Climate.

The shortcomings, fossil fuel concessions, and potential threats that could result from the Inflation Reduction Act must be addressed to ensure that the most vulnerable communities don’t continue to be polluted. The fight for climate justice is nowhere near over. Members of Congress and the Biden administration must act to address the concerns from frontline environmental justice communities, stop the completion of the Mountain Valley Pipeline, codify a regulatory process for accountability, establish a Civilian Climate Corps, declare a climate emergency, and remedy the potential harm that could follow some of the weaknesses in the bill. There is more work to be done and Our Climate’s young climate leaders remain committed to advocating for an equitable, regenerative, thriving world.