We are Running Out of Time 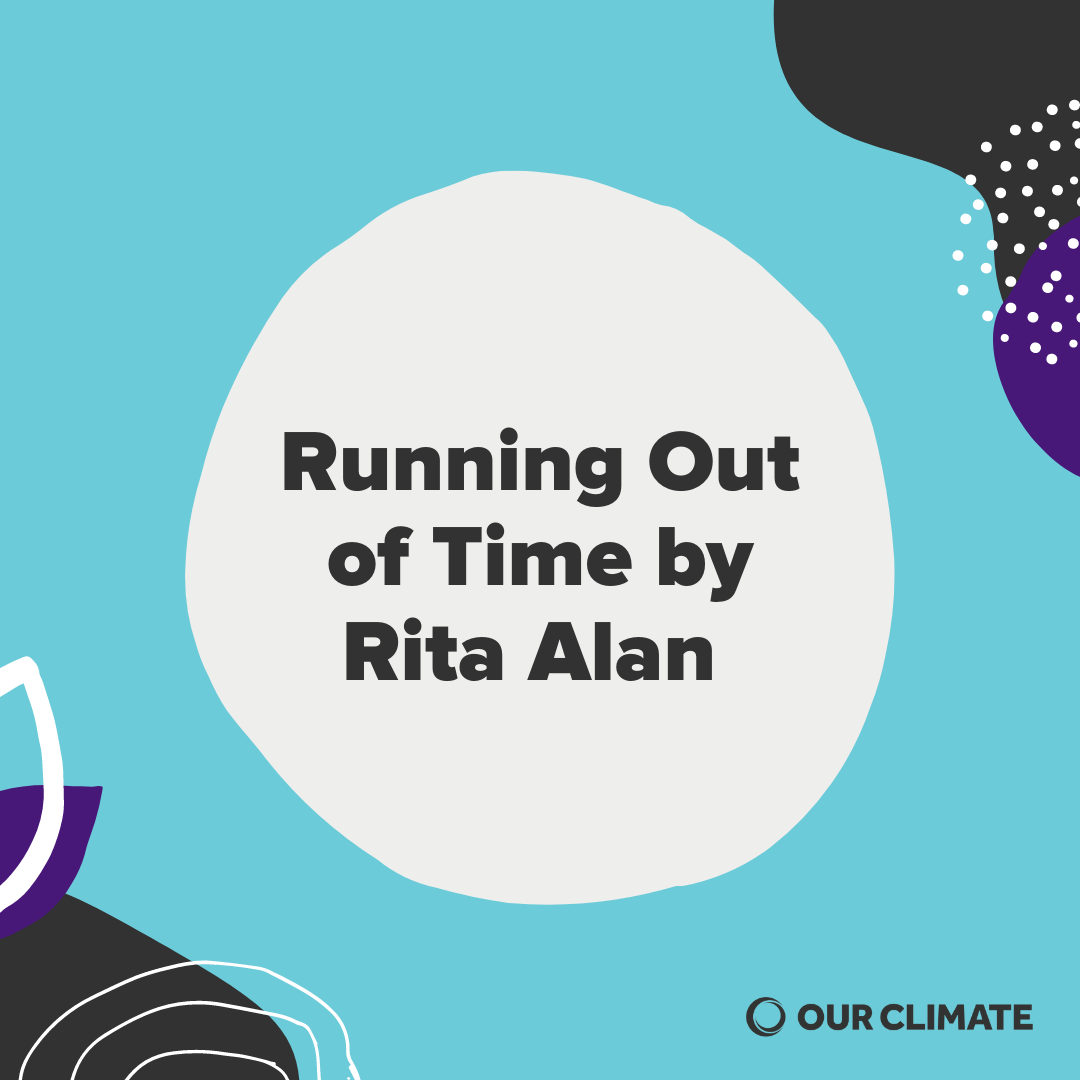 We are running out of time. As a young girl from rural South Carolina, the extreme weather patterns produced by climate change have been increasingly normalized. I remember the first “giant flood” that we had in 2012. My family was left without power, our school was partially destroyed, and many industries were severely weakened. Since then, the connections between climate change and the destruction have become more evident. Crops are destroyed, homes are flooded, and thousands of people struggle to recover before the next disaster hits the town. However, there remains a relative inaction with regards to the prevention of climate change. Our state has elected leaders with League of Conservation Voters scores downwards of 12%. Senators continue to deny the reality of climate change and the physical impacts it has on their constituents. As the Build Back Better plan is debated in Congress, I only hope our representatives consider the positive impact that sustainability will have on their communities, economy, and culture.

South Caroline suffers from a large racial wealth gap, which contributes to social and political divides in the community. More African Americans are in poverty than whites, despite making up only 27 percent of the population. This leads them to lack the resources to recover. Although all people are impacted by climate change and the increasingly devastating floods and hurricanes, the wealth gap demonstrates the inability of marginalized communities, specifically people of color, to rebuild and prepare for future crises.

This willful ignorance of the climate crisis and the communities it particularly damages are extremely frustrating. As a resident of a state that has a contentious history with slavery, even recently flying the confederate flag in front of the state house, the divisons of my state along polictial and racial lines are clearly evident. In order to bridge the long standing racial and economic divides, a shift in perspective is necessary. It hurts to see the marginalized community that I am a part of, continuously degraded for their inability to recover. Black people aren’t “lazy” and they don’t want “handouts”. They simply face more challenges due to the legacy of oppression and continuous barriers to education and necessities crucial for social mobility.

Although it seems as if pushing South Carolina to elect sustainably minded leaders and rectify a four hundred year divide is unachievable, it is possible. Joe Cunningham, former oceanographer, was elected to congress in 2018; flipping a strong Republican district blue, and proving that South Carolinians can mobilize to create a stronger, more sustainable community. By placing “people over politics” as Joe’s slogan was, and taking into consideration the disproportionate effects of climate change, our state can continue to flourish economically and grow the divides between peoples, culture, and politics. Leaders from South Carolina need to acknowledge the state’s problematic history, and work across the line to address climate change, which is the most pressing issue facing the next generation.